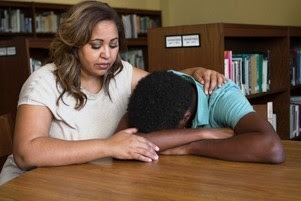 A new report analyzed data from the School-Associated Violent Death Surveillance System (SAVD-SS) for single-victim youth homicide incidents that occurred between July 1994 and June 2016 (n=393) and multiple-victim incidents between July 1994 and June 2018 (38 incidents resulting in 121 youth homicides). Although school-associated youth homicides (SAYH) account for < 2% of all youth homicides, even one such incident is unacceptable. SAYHs are devastating for families, schools, and entire communities. The 22-year trend for single-victim SAYH rates did not change between 1994 and 2016, whereas multiple-victim incidence rates increased significantly from July 2009 through June 2018 – a finding likely related to a large number of incidents from 2016-2018.
Key Findings
Implications for Public Health
The number of SAYHs remains unacceptably high. Findings indicating that characteristics of SAYHs resemble youth homicides in the broader community suggest that prevention strategies are needed both within and beyond the school setting. The comprehensive approach described in CDC’s Comprehensive Technical Package for the Prevention of Youth Violence and Associated Risk Behaviors provides a range of prevention options including strategies that promote connections between youth and caring adults, enhance youth’s problem solving and coping skills, and reduce risk among youth who have been violent. States, communities, and schools can use the technical package to guide their prevention efforts based on the best available evidence. For instance, communities experiencing gang and firearm violence may benefit from street outreach programs (e.g., Cure Violence, Safe Streets) that train staff with credibility in the community (e.g., former gang members) to change community norms and reduce escalating conflicts. Further, research has shown that most firearms used by youth in SAYH incidents were obtained from their own home or from a friend or relative, emphasizing that safely storing firearms and reducing minors’ unsupervised access to firearms may also help to prevent SAYH incidents. A comprehensive approach to preventing youth violence is critical for reducing violence on and off school grounds.
Spread the Word
Facebook
Twitter
Learn More
Contact Us
For more information about DVP or to speak with one of our staff, please email dvpinquiries@cdc.gov.
Publicado por salud equitativa en 8:21