MercatorNet: The rights and wrongs of the Human Genome Project—Write

MercatorNet: The rights and wrongs of the Human Genome Project—Write

The rights and wrongs of the Human Genome Project—Write

It's hard to imagine how this venture can be achieved ethically 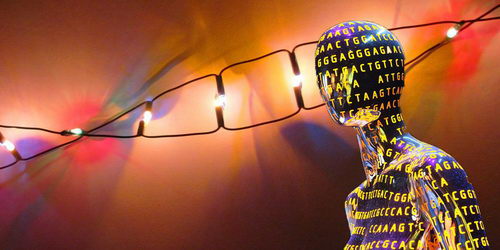 The highly prestigious journal Science carried an unusual article on June 2. Most scientific papers are about new discoveries—we figured out this theory or we measured thus-and-so in that experiment.

Well, this paper was neither of those things. In "The Human Genome Project—Write," the 25 co-authors announced their intention to synthesize a human genome from scratch. In layman's terms, they are saying that they are going to design a human being.

The way they plan to do this is through an organization calling itself the Center of Excellence for Engineering Biology. They plan to raise US$100 million this year pretty much any way they can: donations, private sources, government funding, you name it. So far, one of the biggest contributors reportedly is Autodesk, maker of Autocad, the computer-aided design software familiar to mechanical engineers, architects, and lots of other people who make things. Autodesk has chipped in a quarter million, and so the researchers are at least 0.25% closer to their goal.

I am dwelling on the mechanics of the plan because there is a question here of whether we are looking at science pure and simple or a scheme that would look more at home in the hands of venture capitalists.

Now there's nothing wrong with doing science (pure or impure), and there's nothing wrong with making money, either. But one can at least question whether a proposal that looks more like a business plan in some respects deserves to appear in the pages of a journal that usually carries things like Nobel-Prize-winning research that's already been done.

What exactly are the authors proposing to do? Well, you may remember the original Human Genome Project. Its goal was to read a human genome, all 3-some-billion DNA base pairs of the chromosomes of a human being. In computer-science terms, every base pair encodes one bit of information, and so your chromosomal description can in principle be contained in three billion bits or so, which can easily fit on a flash drive these days. The Human Genome Project was finished around 2003 at a cost of about $3 billion, according to Wikipedia—about a dollar a base pair, it turns out.

Reading the genome is one thing, but writing it and trying to use it is quite another. If you go and synthesize this human genome, how will you know if it works unless you try to make a baby?

And that gets us into really deep ethical waters.

To their credit, the authors of the Science paper address this problem early on, referring to it as "ethical, legal, and social implications (ELSI)." They call for a lot of discussion of ELSI, and maybe devoting a fixed fraction of their funds to looking at the issues, but they don't say how they would test their creation. Short of implanting the DNA in a human egg cell and seeing if it will develop normally into a baby, I'm not sure how they would test it.

They mention stem-cell research as a model of how such tests would be done. Stem-cell research has also been highly controversial ethically because it can potentially lead to human cloning. I am not a biologist, but the question seems to be that once you have a fertilized egg cell, how far do you let it develop? If you just let it divide a few times and then stop it (=kill it, according to some views), you've shown that it can go that far, but you haven't learned much about its normality or whether all the details you put into the genome will show up in the final product, so to speak.

If you go all the way and try implanting it into a womb, you will learn a lot more about how your product performs, but at the risk of causing the woman to give birth to a baby with no parents—just a computer program. At the same time, the risk of deformities or other abnormalities in the baby thus created will be very great. So we have many of the moral issues associated with stem-cell research coming up with this project as well, only more so.

I intentionally used the word "product" to refer to the human who would be created through this process, because that is what he or she would be: a completely engineered product from the start. We have already gone pretty far down the unsavoury road of regarding children as products, with prenatal genetic testing and selective abortions being used in case of a wide variety of problems ranging from Down's syndrome down to the simple issue of the wrong sex. There are still countries where a foetus can be, and often is, aborted if the parents wanted a boy and it turns out to be a girl. A lot of people think this is wrong, but it happens.

I salute the authors of the Human Genome Project—Write paper for recognizing that their proposal carries extremely serious ethical implications. But I think they are trying to have their scientific cake and eat the profits too. Although some reports about the organization formed to carry out the project say it is a non-profit, that term appears nowhere in the original paper, although the phrase "patent pools" does. Patent pools are useful when a small number of powerful companies wish to engineer a functional near-monopoly in a new field. It's not clear whether early investors in this project will be able to stake a claim on the intellectual property it generates, but my guess is they will. That doesn't look like non-profit to me.

If this project leads to non-controversial things like being able to grow a replacement kidney for someone whose original kidneys have failed, that would be great. I have a relative right now who has been needing a kidney transplant for several years, and he wishes he could go down to the kidney store and order a custom-made replacement model for his old kidneys. If this project makes that possible without doing some reverse-Frankenstein-like thing such as first growing a human clone and then killing it for its kidneys, I hope it succeeds.

But the temptation to use new technical abilities for unethical things is always there, and if the ends require unethical means, I say: don't even go there.

Karl D. Stephan is a professor of electrical engineering at Texas State University in San Marcos, Texas. This article has been republished, with permission, from his blog, Engineering Ethics, which is a MercatorNet partner site. His ebook Ethical and Otherwise: Engineering In the Headlines is available in Kindle format and also in the iTunes store.

Margaret Somerville, an ethicist writing from Montreal, is the third contributor in our mini-symposium on the emergence of transgenderism. She gives an excellent account of the the social trends which laid the groundwork for human rights which no one had even heard of a few years ago. And Karl D. Stephan asks whether scientists have seriously considered the ethics of writing a human genome from scratch. There's lots more great reading in the newsletter below.
But we'd also like to ask your help to create a reading list for the upcoming summer (in the northern hemisphere) holidays. What are your favourite crime and thriller novels? Fill in our form -- and we'll publish the results in time for you to stock up.