MercatorNet: Plastic sexuality: a modern sociologist on the effect of contraception

MercatorNet: Plastic sexuality: a modern sociologist on the effect of contraception

Plastic sexuality: a modern sociologist on the effect of contraception

Anthony Giddens saw a profound change in the meaning of sex. 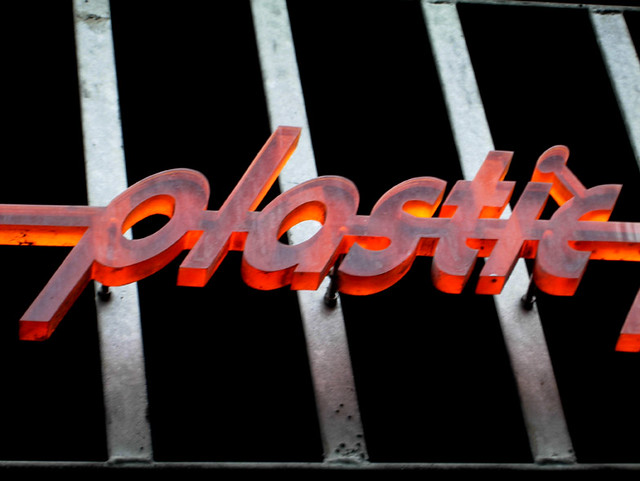 Flickr / adrian, acediscovery (CC BY-NC-ND 2.0)
The vast majority of people reason that contraception is a great social good because it helps people avoid unwanted children (children they presume would be poorly treated). And maybe also because it should help women avoid abortion. It seems so straightforward.  This is the argument we hear daily.
Even Saint John Paul II – a lifelong critic of contraception – wrote that people might adopt contraception “with a view to excluding the subsequent temptation of abortion.” (Evangelium Vitae, ¶ 13).
But an invention altering the very meaning of sex must and does have wide-ranging consequences. And it turns out that one of the most celebrated contemporary minds in sociology agrees.
Anthony Giddens – according to his Wikipedia page “one of the most prominent modern sociologists, the author of at least 34 books, published in at least 29 languages, [and] listed as the fifth most-referenced author of books in the humanities” in 2007 – wrote brilliantly about sex before and after contraception.
In Giddens’ The Transformation of Intimacy (Stanford Univ. Press, 1992) he wrote:

When directly bound up with reproduction, sexuality was a medium of transcendence.  Sexual activity forged a tie with the finitude of the individual, and at the same time carried the promise of its irrelevance; for seen in relation to a cycle of generations, the individual life was part of a more embracing symbolic order. Sexuality for us still carries an echo of the transcendent. (Id. at 203)

After contraception, however, because sex is now severed from reproduction (thus severed from the laws of nature, and also marriage) sex became “plastic,” moldable to whatever meaning a person desired, which could vary from encounter to encounter and partner to partner. In Giddens’ own words:

“Effective contraception…[i]n combination with the other influences affecting family size… signaled a deep transition in personal life. For women – and in a partly different sense, for men also – sexuality became malleable…and a potential ‘property’ of the individual.”
…
“The creation of plastic sexuality, severed from its age-old integration with reproduction, kinship and the generations, was the precondition of the sexual revolution of the past several decades…. The breaking of these connections was thus a phenomenon with truly radical implications.”  (Id. at 27, emphasis original).

Giddens also points out that once sex is more about self-expression and pleasure, and has lost its tie with children, homosexuality becomes more socially accepted; it is no long so different in form or purpose from the new normal for heterosexual sex.
Giddens is pretty upbeat about the possibilities for men and women post-contraception. They can have a “pure relationship”, in his words:

A pure relationship has nothing to do with sexual purity…. It refers to a situation where a social relation is entered into for its own sake, for what can be derived by each person from a sustained association with another; and which is continued only in so far as it is thought by both parties to deliver enough satisfactions for each individual to stay within it. (Id. at 58)

I wonder if Giddens would re-evaluate his conclusions in light of what we know better in 2016 than we knew in 1992? About how often people in short-term, consensual relationships have children on purpose or even accidentally-on-purpose, and about how much parents’ instability harms the children?  About how women regret uncommitted sexual encounters so much more than men?  About how contraception has increased the age at first marriage, inflated cohabitation and otherwise importantly tilted the market for relationships toward men’s preferences and away from women’s?
I’d love to see this celebrated author take his brilliant insight about pre-and post-contraception sex, and evaluate relationships anew in light of the situation of women and kids in 2016.
Helen M. Alvaré is a law professor at George Mason University in Arlington, Virginia, where she teaches and writes in the areas of family law, and law and religion. She is a prominent speaker on the Catholic Church and public issues, and co-founder of the movement Women Speak for Themselves, where this article was first published. It is reproduced here with permission.

When you think about it, the Pope is the only world leader with 1.2 billion people to keep him in line. Theoretically, the Secretary General of the United Nations has more, but Ban Ki-Moon never says anything politically incorrect and no-one ever tells him off.
Pope Francis, on the other hand, has a few rather vocal critics who are pained by his spontaneous thoughts on pastoral problems to do with marriage and homosexuality, and seem to agonise over whether this pope is really a Catholic.
Well he is, says Michael Cook in a spirited defence of Francis today: “I’m a fan of Pope Francis and I don’t think that there is anything to worry about. Perhaps he should get a new press secretary, but his Catholic critics shouldn’t get their knickers in a knot.” I happen to agree.
Michael gives seven reasons why, and concludes:
THERE ARE PUBLIC men who have a gift for precision, for le mot juste, for pleasing with polished phrases, for sound bites which win votes without making waves, for promises so vague they need never be kept, for words so vacuous they can never be criticised. Spineless creatures like this are called politicians. Do Catholics really want a politician for a Pope?
Great stuff!