2017 Research Highlights — Insights from the Lab

2017 Research Highlights — With NIH support, scientists across the United States and the world conduct wide-ranging research to improve the health of our nation. Groundbreaking NIH-funded research often receives top scientific honors. In 2017, these included 4 NIH-supported Nobel Prize winners and 2 NIH-funded recipients of top awards from the Lasker Foundation. Here’s just a small sampling of the research accomplishments made by NIH-supported scientists in 2017. For more health and medical research findings from NIH, visit NIH Research Matters.
Full 2017 NIH Research Highlights List 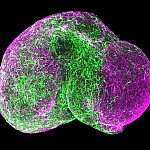 Glitches during prenatal brain development are thought to set the stage for some neurodevelopmental brain disorders. To study this process, researchers created a 3-D model of the interactions between developing brain regions in a dish. They then looked at how mutations that cause an autism-related disorder affect brain development. They discovered a defect in how neurons migrate between regions. The results suggest a way to study personalized brain development and disease. 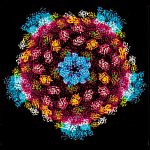 Scientists don’t know exactly what triggers celiac disease. Viral infections could be a possible trigger. Researchers found that reoviruses, once thought to be harmless, can provoke immune responses to a dietary protein in mice. Patients with celiac disease also showed high levels of antibodies to reovirus. More work will be needed to understand how certain viruses might provoke food intolerance. The findings could lead to new prevention and treatment strategies. 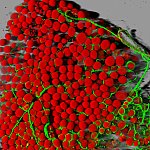 Fat tissue can communicate with other organs

Fat tissue helps your body store excess energy. It also releases hormones and other substances that help regulate your body’s metabolism by communicating with other organs and tissues. Researchers discovered that fat tissue releases signals called microRNAs into the bloodstream that affect genes in another organ. Because fat is easily accessible, microRNAs might offer a way to regulate genes in other organs to treat diseases like obesity and diabetes. 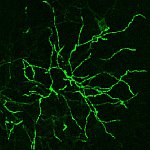 New role discovered for the thalamus

The brain region known as the thalamus has long been thought of as merely a relay station for sensory information. Using a technology called optogenetics in mice, scientists found that the thalamus also sustains the ability to distinguish types of information and hold thoughts in mind. The findings suggest that it may play a pivotal role in the brain’s thinking circuity and might be a therapeutic target for certain psychiatric disorders. 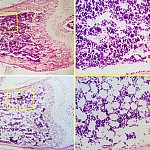 Bone is continually broken down and renewed. Osteoblasts, the cells that build bone, are derived from stem cells that can also form other types of cells, including fat cells. Older adults have fewer osteoblasts and more fat cells in their bone marrow than younger people. Experiments in mice revealed the mechanisms that cause stem cells to create fat cells instead of bone-producing cells. These findings may help explain why bones become weaker in older adults. 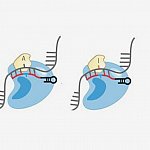 Genome editing is a powerful technique that has the potential to correct human diseases caused by genetic errors. However, genetic alterations pose numerous challenges. Scientists designed a potential alternative to gene therapy based on a newly discovered CRISPR/Cas system: a highly specific RNA editing system. The ability to edit RNA opens up more potential opportunities to treat many diseases in different kinds of cells. 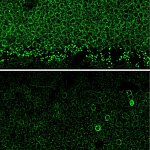 Retinitis pigmentosa is a group of genetic disorders that lead to vision loss. Gene therapy or genome editing can correct individual genetic issues, but because there are many underlying causes for vision loss, scientists have been exploring common targets. Silencing a single gene in mouse models of retinal degeneration, researchers found, prevents the loss of cells from degenerative retinal diseases. The findings could lead to novel therapies for preventing vision loss. 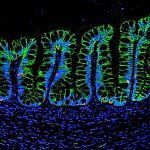 Researchers have been making progress in assembling functional biomaterials that can restore, maintain, or improve damaged tissues or whole organs. Among other advances in 2017, scientists used 3-D printers to make artificial ovaries and blood vessel networks that functioned in mice; used stem cells grown on a polymer scaffold to help repair torn rotator cuff tendons in rats; designed an injectable hydrogel that grew intestine-like tissues and accelerated wound healing in mice; and designed a family of strong and stretchy medical glues, inspired by sticky slug mucus, that can be used on wet surfaces during surgery.
Publicado por salud equitativa en 10:29