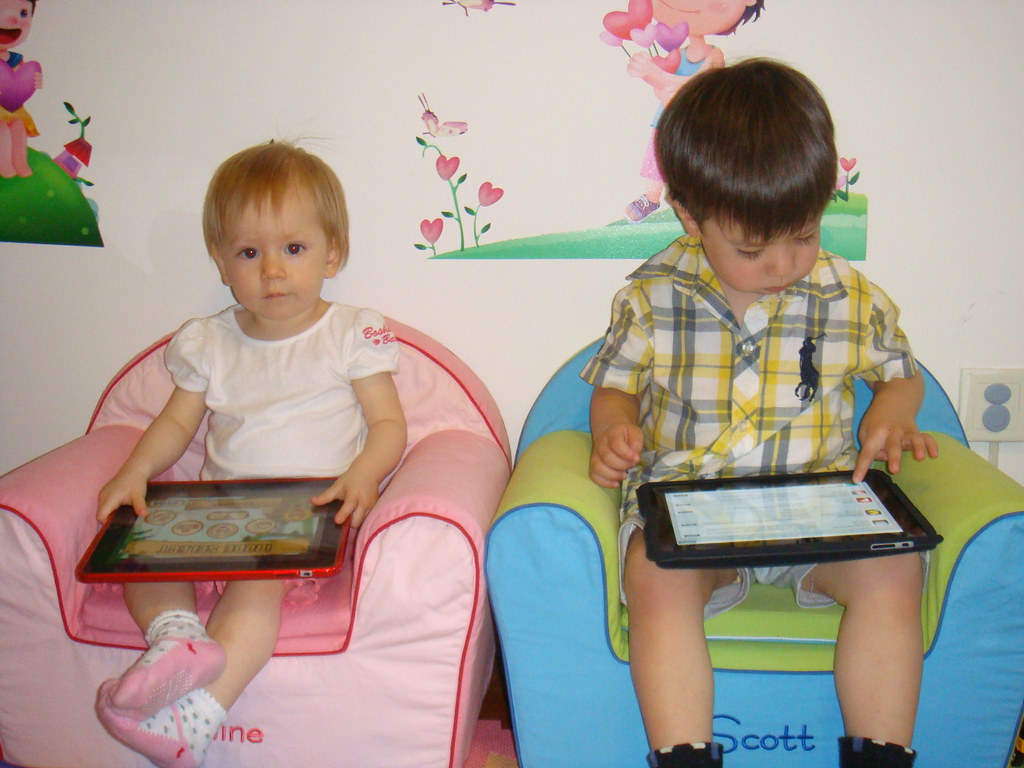 iPad time. Scott & Elaine van der Chijs/Flickr
Earlier this week the Atlantic published an article reporting that Amazon will be refunding more than $70 million worth of App purchases made by kids without their parents’ consent. The article points out that “more and more parents are using phones and tablets to entertain their children, creating more opportunities for lucrative unsupervised spending.”
This shouldn’t really come as a surprise. According to the Connected Kids report, released by marketing research firm Childwise in 2015, children aged five to 16 are spending an average of six and half hours a day in front of a screen – TV, games console, mobile, computer or tablet.
While parents who lost their money to Amazon thanks to their swipe happy kids will no doubt be excited to get it back, there are some things, like time with their child, that they won’t be able to have refunded. Children are being left unsupervised with technology more often, and while it might be convenient, and some would argue educational, is it wise?
According to an article entitled Does spending too much time on smartphones and tables damage kid’s development published on the Independent.co.uk website last year:

“In 2011, a year after the iPad launched, just 10 per cent of US children under the age of two were found to have used tablets or smartphones, but by 2013 that figure had nearly quadrupled. A 2015 study in France found that 58 per cent of under-twos had used a tablet or mobile phone.”

It goes on to say:

“The problem is that tablets are extremely appealing to children and adults alike. Thanks to their design, versatility and intuitive interfaces, tablets are a perfect way for children to draw, solve puzzles and be entertained on the move.”
“…tablets and smartphones make for excellent pacifiers, particularly on long plane journeys and in restaurants. But while this can be helpful in the short term, it’s important for young children to be able to develop internal mechanisms of self-regulation, whether that’s learning without constant rewards or being able to sit patiently without constant digital stimulation.”

While an increase in cases of myopia (short-sightedness) and disrupted sleep are just some of the negative outcomes of handing screen stimulus to a child too often, the Independent article also notes that “tablets and phones may make children dexterous at fine motor control with all the tapping and swiping, but they may have less motivation to get up and explore the world around them.”
Furthermore:

“Most of the apps labelled as educational provide no research-based advice or guidance… Less than 10 per cent of the apps we looked at had any stated evidence of efficacy [in the descriptions in the app store].”
“And, unintentionally, some interactive “enhancements” to stories (such as animations, sounds and features that let kids tap and swipe) might actually be decreasing the overall educational value. While enhancements might be appearing to be engaging children, they could, in fact, be distracting them from the educational content.”

Children’s app education and pacifying aside, it’s not the kids who are making these app purchases or spending lots of screen time. It’s all of us, according to the Atlantic article: “In 2016 in-app purchases made by both adults and children are estimated to have amounted to over $35 billion.”
It begs the questions:
What about adult technology use and the example we are giving to children? Does our screen time on mobile phones and computers mean that we put children in front of another phone, tablet or TV screen in the meantime?
Assistant Professor, Pediatrics - Developmental and Behavioral Health at the University of Michigan Jenny Radesky’s research is referred to in the Independent’s article:

“Radesky has studied the use of mobile phones and tablets at mealtimes by giving mother–child pairs a food-testing exercise. She found that mothers who used devices during the exercise started 20 per cent fewer verbal and 39 per cent fewer nonverbal interactions with their children. During a separate observation of 55 caregivers eating with one child or more, she saw that phones became a source of tension in the family. Parents would be looking at their emails while the children would be making excited bids for their attention.

Based on her research she offers parents this warning:

“Tech is designed to really suck you in,” says Radesky, “and digital products are there to promote maximal engagement. It makes it hard to disengage, and leads to a lot of bleed-over into the family routine.”

Radesky goes on to say:

“Parents don’t have to be exquisitely present at all times, but there needs to a balance and parents need to be responsive and sensitive to a child’s verbal or nonverbal expressions of an emotional need.”

So, if there is one lesson the Amazon refund story can teach parents, it is that unsupervised kids using technology can cost. Whether the cost comes via an unexpected credit card bill or a loss of emotional engagement with your children is up to you.
Keeping screen time supervised and balanced with other activities is important, but there is no investment more worthwhile than giving children your time.
Helena Adeloju is editor of Family Edge.
- See more at: https://www.mercatornet.com/family_edge/view/amazon-refunds-parents-for-kids-unauthorised-purchases/19627#sthash.ISAK6jEI.dpuf 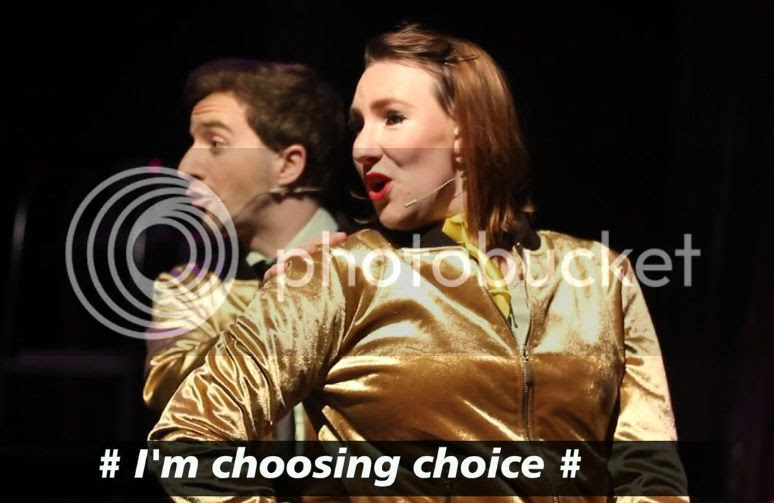 Here’s a new way to fight euthanasia: laugh at it. Not funny? Well, wait till you hear a few tunes from “Assisted Suicide – The Musical”, concocted by British comedian and disability rights activist Liz Carr, and theatre director Mark Whitelaw. There's a really catchy number called "I'm choosing choice" -- the word will never sound the same again. But it's not all played for laughs -- Liz calls it a “TED talk with show tunes.”
As she says in a short video we have run today with Paul Russell’s article about a just-ended stint at the Melbourne Comedy Festival, she has tried every other way to explain to people what’s wrong with assisted suicide, and why it is so vehemently opposed by people like herself with severe disabilities. Why not try a touch of comedy?
They invited Victorian Premier Daniel Andrews, who is pushing the issue in the state parliament. His reserved seat remained empty for the 11 nights of the season. No sense of humour, apparently.