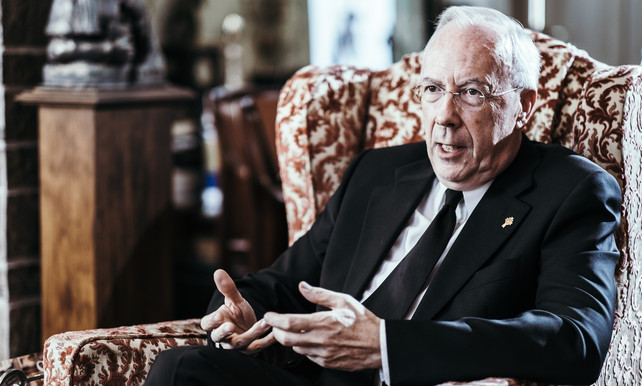 Brother René Stockman is the superior general of the Brothers of Charity, a “congregation” of the Catholic Church which cares for the poor and the needy. Although residing in Rome in recent years, he has been one of the leading voices in Belgium opposing legalised euthanasia.
This week the Belgian region, where the congregation started in the 19th Century, announced the startling news that its hospitals would offer euthanasia to non-terminally-ill psychiatric patients who request it. This was big news in the Belgian media because the Brothers are major player in Belgium’s healthcare system, with 15 psychiatric hospitals and a number of other projects.
MercatorNet interviewed Brother Stockman by email about this break with Catholic opposition to euthanasia.
********
MercatorNet: Is it certain that euthanasia will be offered in the hospitals of the Brothers of Charity? Or is there a possibility of reversing the decision?
Brother René Stockman: For the moment are we working on several levels: first we informed the whole congregation that as general superior we cannot accept this decision, because it is going totally against our charism of the charity. Secondly, we informed the Belgian Bishops conference about the situation and I am in contact with the president, Cardinal De Kesel. Also the Nuncio is informed. Thirdly, we informed the Vatican and all the information has been given to the Secretariat of State. In the meantime we continue to offer our clear arguments why we can never accept euthanasia.
Is this a world-first as the official position of a Catholic institution?
No, we know that in Belgium there are individual psychiatric centers where euthanasia is done, but the fact that a group with 15 psychiatric centers and with a so-called authority in the field of mental health care is doing that in a formal way is unique.
What proportion of places for the mentally ill are run by the Brothers in Belgium and in Flanders?
As said, we have in Belgium 15 psychiatric hospitals (13 in Flanders and 2 in Wallonia), with 5,000 patients.
The refusal of the Brothers to allow euthanasia in their institutions has been described by critics as a major obstacle to the growth of euthanasia. So will this change in policy, if it goes ahead, have a big impact on psychiatric care in Belgium?
Yes, of course. All those who were against us are now singing that finally the group of the Brothers of Charity capitulated and came into their camp.
You must feel that this is a tragedy. Can it be justified within a Christian framework?
Not at all; it is a real tragedy.
What has happened up to now if someone requested euthanasia in one of your hospitals? Did it happen often?
When someone asked for euthanasia, the question was taken seriously; everything was done to help the patient to change his vision of things. If all our efforts could not change the situation and finally, because of the legislation in Belgium the request of euthanasia was positively answered, we arranged that the patient should be transferred to another place, outside our hospitals. This transfer was done with respect, but always convinced that a signal was given to society that inside our institutes no euthanasia was possible. This was very important.
As a background to this decision, has much outside pressure been applied to the nursing homes and psychiatric hospitals run by the Brothers?
In reality, only a few brothers are still involved in the government of the organization, so the majority are lay-people. Yes, there was a lot of pressure, but pressure doesn’t mean that we have to capitulate.
You are well-known as a firm opponent of euthanasia and the superior-general of your congregation. How could institutions in the Belgian province take a different direction? Have the lay people on the board overruled the two brothers who participate?
I said it above. Indeed, the presence of the brothers is not nearly sufficient, but also secularization is also poisoning the congregation in Belgium.
Pope Francis has often expressed his opposition to euthanasia. Will he take action on this matter?
I have put it in the hands of the Vatican and of course in the hands of the Lord.
- See more at: https://www.mercatornet.com/careful/view/head-of-belgian-order-explains-shock-move/19713#sthash.L7MLr9Pz.dpuf


Our apologies to readers. Over the past few hours we have been making a security update to the MercatorNet site. However, it is taking longer than we expected and there may be some interruption of service.
However, we have some great reading for you over the weekend. Just check out the links below.