Technology and addiction: How Big Gaming hacks into our psyches | MercatorNet | April 6, 2017

Technology and addiction: How Big Gaming hacks into our psyches

Technology and addiction: How Big Gaming hacks into our psyches

To counter their game plan we need to form good habits in children. Part 2 of two. 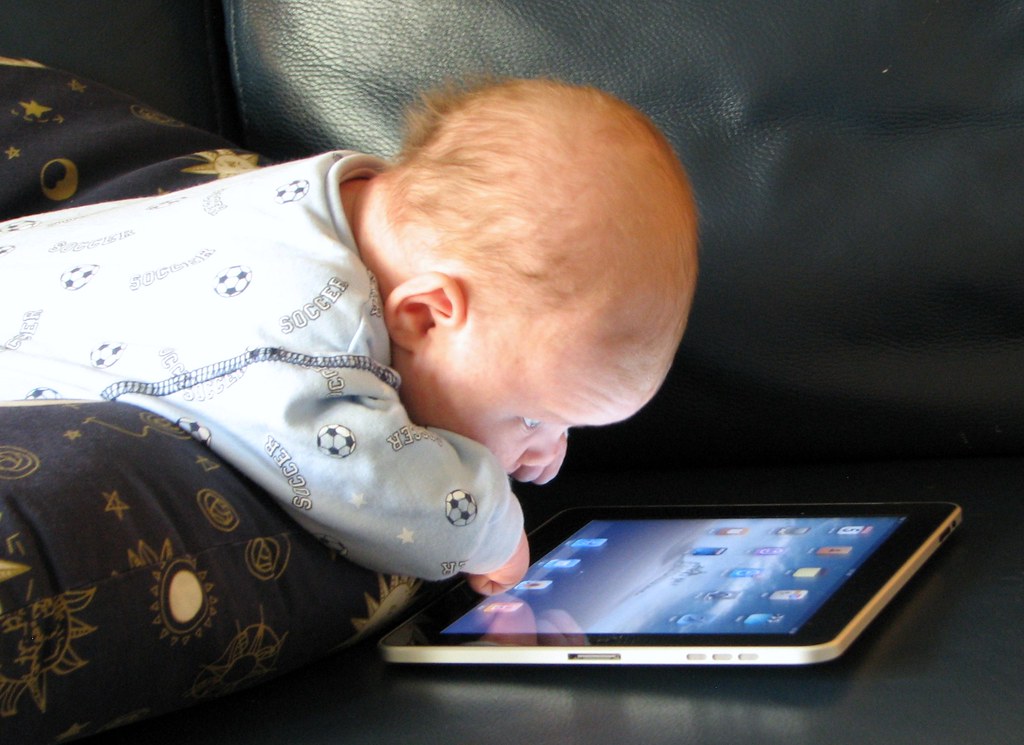 'Baby Sees The iPad Magic' Steve Paine/Flickr
A  front page article in the New York Times this week discussed Uber’s use of game design tactics to entice drivers to stay logged in and pick up more riders. People are catching on that technology can be used as a psychological hack—once used mainly by the gambling industry-- to get us addicted to their product or to entice us to work obsessively. This is the main theme in Irresistible: The Rise of Addictive Technology and the Business of Keeping Us Hooked, a new book by Adam Alter.
In a previous article I looked at Sharon Begley’s book Can’t Just Stop, in which she argues that our attraction to technology has the hallmarks of a compulsion rather than an addiction. She points to anxiety-producing features that promote FoMO (fear of missing out) and the existential angst of feeling like you do not exist if you are not online.
Both books beg – and to some extent answer – questions such as: Why are we susceptible to such cynical exploitation? And how can we build up resistance to it so as to prevent the increase of behavioural disorders that interactive technology is spawning? Alter, for one, suggests we may need to go back to Aristotle for ideas. Still, we need to understand what is happening before we can apply the remedies.
Addictions, obsessions, compulsions: family likenesses
Alter’s book, while ostensibly about technology, has much to say about behavior addictions, in general. These behavior addictions play out in well-worn ways, such as gambling, sex, or shopping, but are now shifting to our devices in the form of social media or video game addiction. Alter points out that addictions are not just any experience that provides an immediate reward; behavior is addictive “only if the rewards it brings now are eventually outweighed by damaging consequences…Addiction is a deep attachment to an experience that is harmful and difficult to do without.”
Alter makes a compelling case that, for many people, our interaction with technology has the hallmarks of an addiction, although he does group addiction, obsession, compulsion, and obsessive passion as overlapping ideas within the same family (think Venn diagrams). According to Alter:

“There’s a key difference between addictions and obsessions and compulsions. Addictions bring the promise of immediate reward, of positive reinforcement. In contrast, obsessions and compulsions are intensely unpleasant to not pursue. They promise relief—also known as negative reinforcement—but not the appealing rewards of a consummated addiction.”


The idea of "addiction" to new technology like gaming and social media is familiar, but there are some nuances to it that Heather Zeiger has highlighted in her two-part review of recent books on the subject. There's no doubt that the providers of these massively money-making online distractions (MMMODS) are setting out to get us and our kids hooked, so we have to be equally strategic about staying in control, and teaching kids to stay in control, of what they take from the internet. In the end it's about virtue -- something on which the Underground Thomist discourses today in relation to tolerance.
Yesterday we ran a video about a decidedly intolerant trend among some students at Yale University (like others). Today we have a different, inspiring story about Yale -- or perhaps an inspiring story about a different Yale. It concerns the first quadraplegic to graduate from that university, "Edder" Bennett, who died recently at the age of 59. No languishing in  the shallows of protest for him, as you can read in Michael Cook's tribute.