By Sally Robertson, B.Sc.Jun 27 2019
A study led by researchers at the University of Bath has revealed that research into the drugs used to treat chronic pain in children is lacking and insufficient to base treatment decisions on. 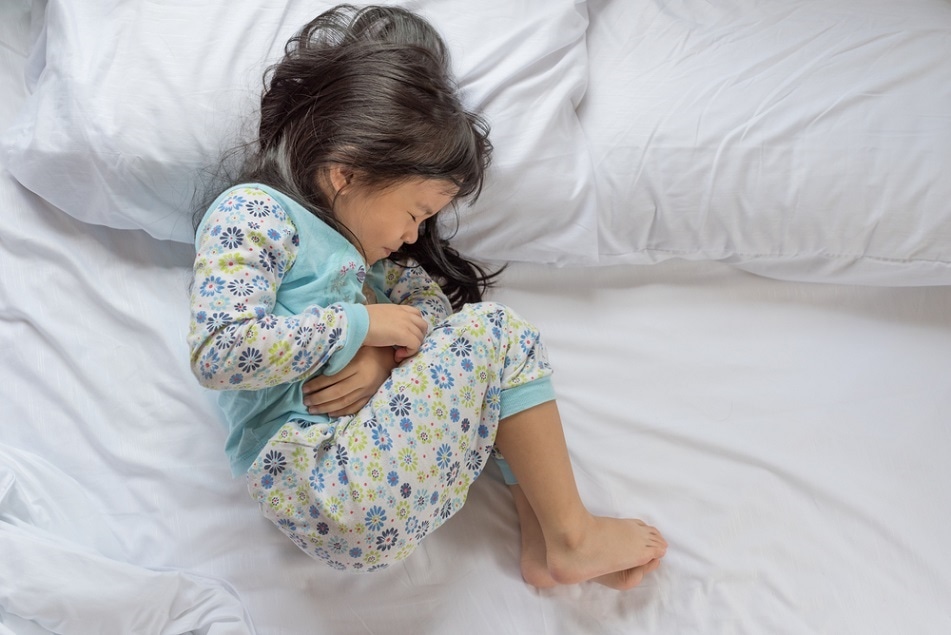 Shutterstock | narikan
The research, which forms part of a collection of reviews in the Cochrane Library and has recently been summarised in the journal PAIN, concludes that much more research in this area is needed to improve the standard of the evidence available so far.
The study, which is a summary of all available reviews of research into this area, was conducted in collaboration with an international team of 23 leading researchers from around the world. It was supported by the National Institute for Health Research (NIHR), Versus Arthritis and Bath's Center for Pain Services.
In adults, chronic pain that lasts for at least three months is known to have serious adverse effects, but a lesser known fact is that one-fifth of children also suffer with chronic pain, which can cause significant distress for both children and parents.
The main forms of chronic pain among children are abdominal pain, headaches, migraines and musculoskeletal pain. Suffering with the pain can mean children start to miss school, feel isolated and develop depression and anxiety. Usually, the first approach to treatment is to prescribe medication.
“Living with chronic pain can have a profound physical, emotional and psychological impact, particularly in children,” says Director of Involvement and Services at Versus Arthritis, Stewart Long.
“It can stop them joining in things other young people do and affect development of friendships. This can lead to isolation, making children more likely to suffer from anxiety and depression and affect their ability to fulfil their potential and maintain their future aspirations.”
The new study has revealed a significant contrast between the evidence available about drugs for adults in chronic pain, compared with what is available for children. Among adults, 300,000 patients have been studied in hundreds of randomised trials, whereas among children, the figure is only 393 and the number of trials is six.
The authors describe this disparity between adults and children, which is a ratio of around 1000:1 as “unacceptable” and say that the evidence emerging from trials of adults cannot “simply be applied to children,” who have bodily systems that work differently.
Study author Emma Fisher, from the Center for Pain Research at the University of Bath, points out: "Children are not just small adults so we cannot simply extrapolate evidence acquired from adults and use it in children.”
Fisher and team emphasise that the lack of evidence does not necessarily mean evidence of no effect. However, they argue that very little investment has been made into researching which treatments are best for children and that this need addressing urgently.

Overall, there is no high-quality evidence to help us understand the efficacy or safety of the common drugs used to help children with chronic pain. The lack of data means that we are uncertain about how to optimally manage pain. Doctors, children and their families all deserve better,”
Study leader Christopher Eccleston, Director of the Centre for Pain Research at the University of Bath.

The researchers acknowledge that practical and ethical barriers exist to conducting randomised control trials on children, but they point out that these are no different to those existing in other areas of paediatric pharmacological research.
Eccleston is now calling for healthcare policymakers to tackle the problem and break down these barriers.
Fisher estimates that at the current rate of clinical trial reporting, which is only one every 3.5 years, it would take more than 1,000 years to produce an evidence base that could reliably inform treatment decisions: “This lack of knowledge requires new funding and urgent attention."
Similarly, Long says “we urgently need chronic pain to be prioritised in policy, funding and research so that the millions of people living in pain today, regardless of their age, are better supported."
Lead medical consultant at the national Bath Centre for Pain Services, Jacqui Clinch, says she sees and treats children and adolescents from across the UK who have often suffered with pain for years. As well as experiencing overwhelming pain, these young people often develop sleep problems, memory problems, difficulty concentrating, muscle weakness, nausea, numbness and many other associated difficulties: "They transform from physically and socially active individuals to missing school, physically inactive and housebound. In short, their lives, and those of their loved ones, fall apart.”
“As part of the international pain community, we strive to optimise research into both further understanding pain pathways in young people and exploring new interventions to alleviate suffering in this vulnerable population and their families."
Alternative approaches to drug therapies are available for children with chronic pain including psychological therapies such as cognitive behavioral therapy, but again the evidence base for these needs improving.
The team suggests funding and incentives are now made available that will help to drive evidence-based research into this area that doctors can rely on to inform their treatment decisions.
Source:
https://www.eurekalert.org/pub_releases/2019-06/uob-rrl062519.php
Publicado por salud equitativa en 11:16