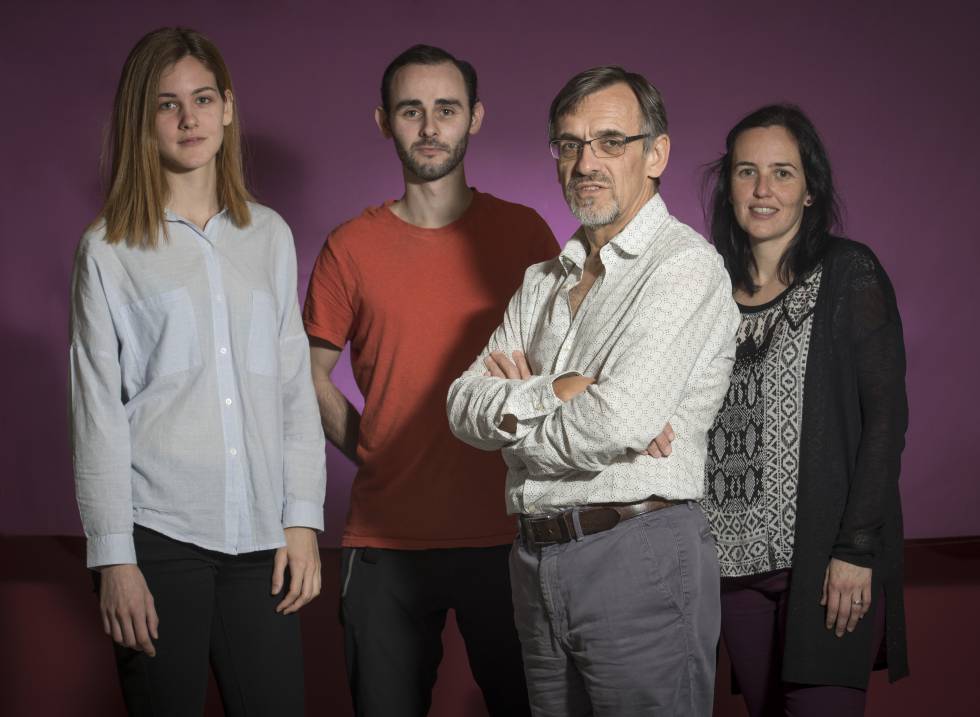 
If life is a walk through the forest, then pancreatic cancer is a tiger. It is extremely stealthy, and by the time one becomes aware of its presence, it is generally too late.
Even as survival rates for other forms of cancer keep increasing worldwide – in Spain, the survival rate is 85% for breast cancer, 90% for prostate cancer and 87% for melanomas – fewer than 5% of patients survive the most common form of pancreatic cancer, ductal adenocarcinoma.

MICHAEL KARIN, UC SAN DIEGO
Paco Real hunts tigers. Born in Barcelona in 1957, he leads a team at the National Cancer Research Center (CNIO) in Madrid, where he looks for early signs of this invisible enemy.
“Around 80% of cases are diagnosed when the disease is already at a very advanced stage, so that only 20% can be treated with surgery,” he explains. “On the other hand, this tumor does not respond well to treatment.”
Now, an international team headed by Real has just discovered “the starting grid” for pancreatic cancer: a pre-inflammatory state that occurs in this organ that sits between the stomach and the backbone.
The findings have been published in Nature and could help, in a still distant future, “identify individuals at greater risk of developing pancreatic cancer, for purposes of earlier diagnosis,” said Real.
“Inflammation is a double-edged sword. It is a protective mechanism selected by evolution to respond to outside aggression. But when inflammation persists, it has a negative effect on health and can encourage tumor development,” explains the researcher.
The study finds that this inflammation is not a defensive mechanism that is suddenly triggered to deal with an attack, but a tool that is always humming on slow mode in healthy tissues, in case it needs to be activated quickly. Real calls this “a change of paradigm.”

Now we can start thinking about preventive therapy

PAOLA MARTINELLI, RESEARCHER
The inflammation trigger is a gene called NR5A2 that is involved in regular pancreatic activities but also represses inflammatory processes.
“Now we can start thinking about preventive therapy,” says Paola Martinelli, an Italian oncologist who participated in the study.
“It is a state of genetic pre-inflammation,” adds Isidoro Cobo, a CNIO researcher whose name is first on the list of study participants. “Pathologists may see a normal pancreas, when it actually isn’t.”
In mice, there is no inflammation when there are normal levels of the protein NR5A2, which is encoded by the NR5A2 gene. But when NR5A2 levels fall below normal, inflammation programs are activated and there is an increased risk of developing pancreatic cancer. Researchers have also found that people with specific genetic variations are more likely to develop a pancreatic tumor.
Michael Karin, an adjunct professor at the pathology department of University of California San Diego, called the study “important and innovative.” However, he pointed out that it “still does not tell us how to prevent or treat pancreatic cancer,” although it confirms that the disease is highly related to chronic lesions.
Paola Martinelli, a researcher at the Medical University of Vienna and co-author of the study, is more optimistic: “Once patients with a mutation of the NR5A2gene have been identified, perhaps they could undergo an anti-inflammatory treatment to reduce the risk of cancer. Now we can start thinking about preventive therapy.”
English version by Susana Urra.
Publicado por salud equitativa en 8:47