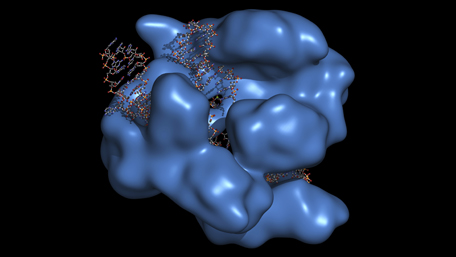 Gene therapy is one of the hottest things currently translating from basic to clinical research and has taken the biotechnology world by storm. Yet even as researchers find increasingly better ways to deliver healthy genes where they are needed in patients with minimal side effects, gene therapy suffers from one major drawback—cost.
It’s reminiscent of back in the mid 20th century, when commercial passenger aviation embraced the jet engine quickly after those engines were invented. The added speed and reduced vibration in the cabin were welcomed extra benefits, but it was the safe delivery of more people over greater distances at a significantly reduced price that ushered in the jet-setter age. Now, a similar trend is happening in the world of gene therapy, as one of the hottest new technologies beckons on the cusp of translational research. That technology is CRISPR-Cas9 gene editing. It’s not an aspect of gene therapy 1.0, but developing and ready for gene therapy 2.0.
The price of gene therapy
The typical gene therapy price tag is somewhere in the area of one million dollars. To be sure, there’s a great deal of variation, depending on the amount of genetic material that needs to be delivered for a clinical effect, whether the therapy is simply injected into an isolated, easy to reach area, such as the eye or administered to a patient’s stem cells outside the body in connection with autologous bone marrow transplant (that adds a lot of cost). Furthermore, there are host of genetic diseases that are not treated easily or at all with current gene therapy strategies because the genetic payload that must be delivered to target cells is too large to fit within the most versatile gene delivery vehicles (vectors), the adeno-associated virus (AAV). But the delivery factors aside, a big reason why gene therapy is so expensive is that it’s being investigated for a plethora of genetic conditions, and so each therapy is essentially custom-designed.
Essentially, the situation for gene therapy today is analogous to that of genome editing several years ago. Genome editing could be performed, but each editing project was a custom design, which meant a lot of time and money. The advent of CRISPR-Cas9 enabled genome editing for multiple purposes without custom design. Using the same equipment, researchers now could edit different genes in different organisms simply by flipping different sequences of what’s called guide RNA into the editing system. Today, you can outsource a piece of guide RNA of any sequence cheaply at just under $10,000. Imagine if you could do the same thing to cure some rare metabolic disorder, or even cancer.
Imagine if you could reduce the $1 million cost of developing a gene therapy for a patient to the cost of outsourcing a piece of guide RNA. That’s a reduction to about one percent the current cost, plus the cost of packaging the therapy into special virus particles for deliver and the injections, but those latter things would not require any more custom design than a syringe needs for use with various types of vaccines.
So in a very real sense, the connection between CRISPR technology and gene therapy relates more to practicality than to theoretical feasibility. It already is feasible to cure diseases with gene therapy. Clinical trials for gene therapy are advancing on multiple fronts, from hemophilia, to various eye diseases, and even to brain disease. But to bring those treatments—and new ones—to massive numbers of people using CRISPR-Cas9 may be necessary.
In terms of the state of the science, researchers working at the University of Massachusetts, the Massachusetts Institute of Technology (MIT), and Oregon Health Sciences University (OHSU) succeeded recently in CRISPR-Cas9-based gene therapy to correct hereditary tyrosinemia. It’s a rare metabolic disease and the strategy was tomodify liver cells—in vivo—within adult mice.
“This finding really excites us because it makes us think that this is a gene repair system that could be used to treat a range of diseases—not just tyrosinemia but others as well,” explained Daniel G. Anderson, PhD, associate professor at MIT who is one of the lead authors on the study, published in the prestigious journal Nature Biotechnology.
As with more “standard” gene therapy, CRISPR-based therapy requires vectors to carry the therapy through the bloodstream of a patient, or a laboratory animal, and to the target cells within the body. As vectors, the researchers used AAV and something called lipid nanoparticles. As noted earlier, AAV has very limited capacity, which means it can deliver a small gene, but if a patient has a defect in a large gene, then your situation is somewhat analogous to trying to carry three people, each with a full-size suitcase plus carryon bags, to the airport in a Volkswagen Beatle. It won’t work unless you cut down the amount of baggage, but that’s exactly what CRISPR technology enables.
With Duchenne muscular dystrophy (DMD), for instance, the deficient gene is too large to fit within AAV. Researchers have tried substituting an alternative, smaller gene but the improvement in muscle function is only slight. With CRISPR-Cas9 systems, however, one doesn’t need to send in the entire gene. It’s an editing system and last month in a paper in Nature Cell Research, the authors summed up three recent studies in mouse models in which a CRISPR editing system was packaged into an AVV and used to repair the damaged gene underlying DMD by making edits at a particular point in the gene sequence.
That may sound pretty cool, and yes, CRISPR-based gene therapy something to keep an eye on for the cool factor as well as for making possible gene therapies for conditions connected with large genes. But more importantly, it’s jetting off the runway, because it’s a pathway for economic feasibility and thus for gene therapy to come into the mainstream of medical care.
David Warmflash is an astrobiologist, physician and science writer. Follow @CosmicEvolution to read what he is saying on Twitter.

Heard of CRISPR gene editing? It can save your life

DIY CRISPR-Cas9: Should we fear or embrace programmable gene editing kits for the home?