MercatorNet: Planned Parenthood’s century and the wages of birth control

MercatorNet: Planned Parenthood’s century and the wages of birth control

Planned Parenthood’s century and the wages of birth control

Salaries testify to the profitability of the industry. 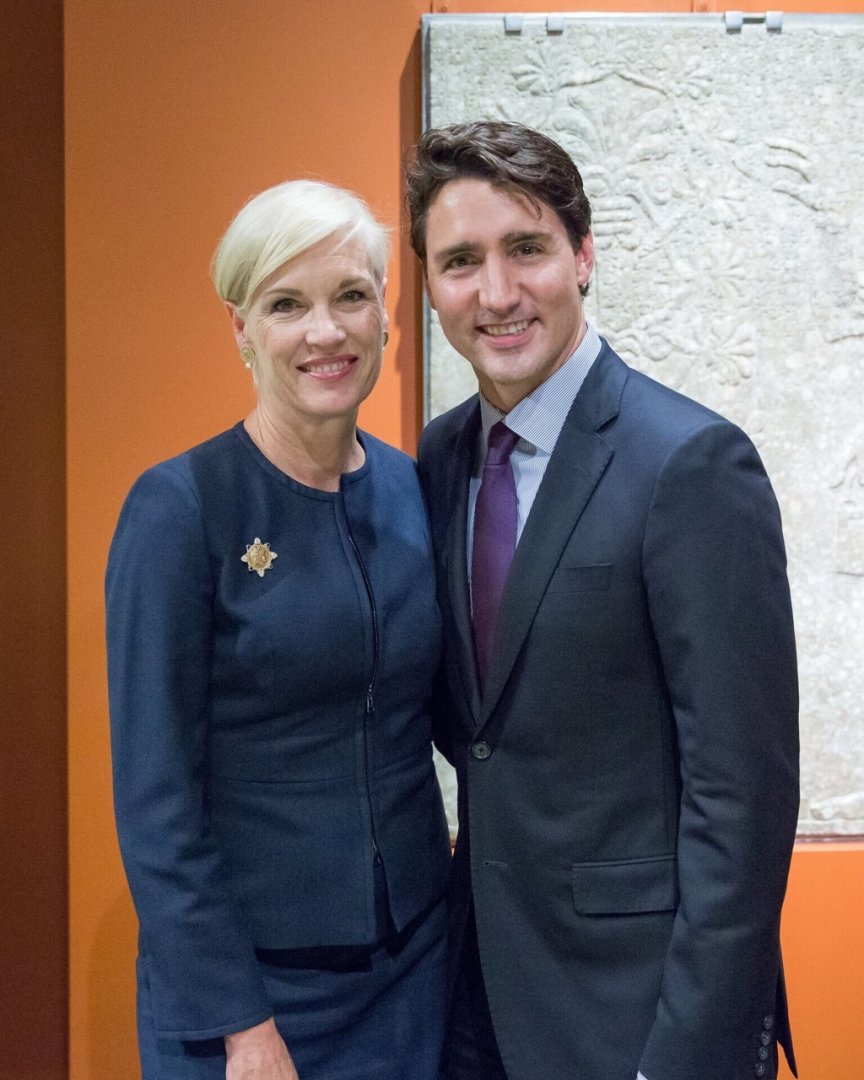 Cecile Richards and Justin Trudeau
The Planned Parenthood Federation of America is celebrating the centenary of its origins in the clinic opened by Margaret Sanger on October 16, 1916. Congratulations have been pouring in from such big names as Barack Obama, Hillary Clinton, Justin Trudeau, and, um, Miley Cyrus. They have been working hard, those folks at PPFA, and they are reaping not only verbal accolades but also impressive material rewards.
“For a century, Planned Parenthood has made it possible for women to determine their own lives. Here’s to another #100YearsStrong,” Obama tweeted from his official @POTUS account. “Five of the seven tweets and retweets on her official @HillaryClinton account by 7:30 p.m. Sunday were in praise or defense of Planned Parenthood,” the Washington Times reported.
“My warmest congratulations to @CecileRichards and Planned Parenthood on its hundredth anniversary. Here's to another #100YearsStrong!” added Justin Trudeau over a photo of the two cosying up like BFFs.
Cecile Richards, president of PPFA, is a good-looking woman, always well turned out. It must help to have an annual salary of over half a million dollars ($591,000 in 2013). Heroic as her work may seem, it does not come cheap. The same goes for other top employees at the national level, not one of whom earns less than $247,000. The CEOs of 63 affiliates in 2013 made $11 million between them, averaging salaries of $186,000.
And all this for overseeing rather innocent and routine work like providing contraceptives, cancer screening, medicating STDs, and instructing people about sexuality and birth control. Oh yes, and the occasional abortion. Or so they would have us believe. Abortions, Ms Richards told a congressional committee just over a year ago, accounted for a mere “three percent” of what her organisation does.
That meaningless statistic covered 323,999 abortions in 2014 – nearly a third (30.6) of the national toll, and involving 1 in 8 of the 2.5 million clients Planned Parenthood saw in that year. As this pro-life writer points out, many of the clients were men who came in for birth control or STD tests. “Removing them from the equation, the 1 in 8 grows even larger.”
And who are these women? It’s a well-known fact that a high proportion of them are black. An African-American woman is almost five times as likely to have an abortion as a white woman, and a Latina more than twice as likely, according to government health statistics. That’s because they are poor and can’t afford effective contraception, say their reproductive health minders.
At that rate, and if it survives the election, Obamacare with its “free” contraception should dramatically reduce abortions and, since in fact they bring in a substantial amount of money, put a good few Planned Parenthood operatives out of a job.
The organisation is understandably coy about how much it makes from abortions. Asked this question in a congressional hearing a year ago Ms Richards said she didn’t know, and she still hasn’t come up with an answer. A first trimester abortion costs between $390 and $1500, so at a bare minimum the nearly 324,000 abortions of 2014 would be worth roughly $130 million.
The fact that Planned Parenthood doesn’t want to give the actual figure suggests that it would confirm what many assume: that terminating the lives of unborn babies is really their core business.
One figure is not in question, and that is the half a billion dollars the federal government gives to the organisation each year, constituting around 40 percent of its funds. In law, none of this public money is for abortions; in practice it facilitates all the work of America’s largest abortion provider.
It plumps up salaries that put its top executives in the top seven percent of income earners, enabling lifestyles that are unimaginable to the poor women who are its core clients.
And it provides enough of a surplus to allow Planned Parenthood to put a record $30 million into getting Hillary Clinton and other kindred spirits elected next month. Once they/if they get to Washington they will be working to repeal the Hyde Amendment, which forbids the use of federal funds for abortion.
What it doesn’t do is solve any of the problems that keep women coming back to Planned Parenthood: uncommitted relationships, broken families, lack of education, unemployment – of men in particular. It merely keeps certain people in well-paid jobs and stops them from asking themselves why they never run out of work.
Carolyn Moynihan is deputy editor of MercatorNet.

Until World War II, American men had two choices: they could work or they could look for work. But today there is a third choice: they can sit at home and channel-surf. In one of the most disturbing books you will read about American society, demographer Nicholas Eberstadt describes the lot of the 7 million men in their prime years who have no job and are not looking for one.
They are, he says, almost entirely idle. They don’t volunteer, take origami lessons, or do housework. They just hang around, turning “socializing, relaxing and leisure” is a full-time occupation. It’s a scandalous phenomenon which flies under the radar of politicians, journalists and policy-makers. They need to confront an issue which Eberstadt describes as “a grave social ill”. Read about his new book, “Men Without Work” below.