The voiceless victims of domestic violence

The unborn child is often a victim too, but who is held accountable? 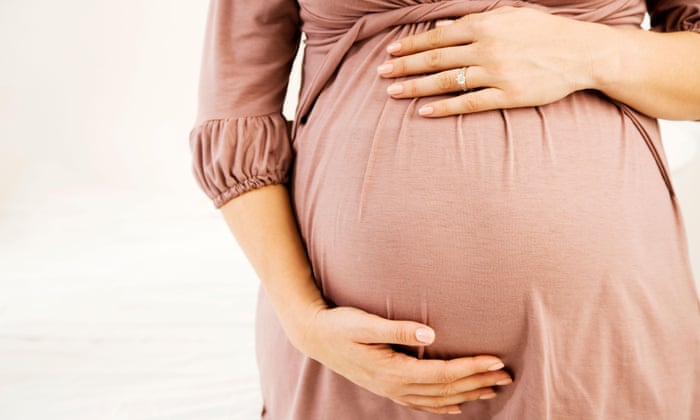 The state of Victoria has recently declared that it wants the number of women and children who die as a result of family violence to drop to zero as part of its 10 year plan. It is an ambitious target, but one surely worth setting and aspiring to. Any deaths arising from acts of family violence are heartbreaking and must cause us all to ask ourselves the question what more can we do to help assist eliminate this scourge.
As November we see more and louder voices speak out against family violence, I continue to be surprised that the voice of one group significantly impacted by it remains missing – the voice of the unborn.
This first struck me a few years ago when I was doing some research on family violence. I do not make the claim that Dr Google is the ultimate expert, far from it, but as I was reading through the searches a phrase kept coming up again and again “domestic/family violence and abortion/pregnancy termination.” I was not searching for these phrases, but they kept appearing.
As I read some of the material, including peer reviewed research conducted in Australia and overseas, it became apparent that this had been an area of academic attention for some time. Not only had research been done in many countries around the world but meta-analysis of this work was now being undertaken.
What I commonly found in the research were statements like: “Domestic violence is a significant problem among the gynaecology patients, particularly those seeking abortion,” “Those seeking an abortion tended to suffer more severe physical abuse”; “Among those with recent history of abuse, 27.3 percent admitted that their decision for termination of pregnancy had been affected by their experience of abuse”;“The prevalence of abuse reported by women in the population suggests that many women seeking abortion services may have abuse histories”; and “High rates of physical, sexual and emotional inter-personal violence were found across six continents among women seeking a termination of pregnancy.” Statements like these were found throughout the research and literature.
Behind the statistics are the individuals and lives impacted by family violence. Reading the interviews and stories of women, and indeed girls being subjected to family violence causes ones stomach to turn. There are references to individuals being kicked, jumped on, punched, pushed, elbowed, kneed and slapped in or around the abdomen area with the intention of injuring or killing the unborn and causing a miscarriage or stillbirth.
Time and again one reads of such actions as being premeditated and deliberate with the intention of causing the pregnancy to end. It is not uncommon to have this objective stated by the perpetrator before the violent offence is committed. The result, an injured mother and sometimes also the unborn damaged, perhaps fatally, by the attack.
With such attacks regularly reported in the media, one would think that the law would adequately deal with this criminal behaviour. While it can be argued that our laws have been improved to some degree over recent years with respect to securing justice for some victims of family violence, precious little has been done for other victims, the voiceless victims; the unborn.
Society should be blowing the whistle loudly on the perpetrators and calling on our legislators to pass laws to punish them for the full scope of their intentions and actions. Lest there be any doubt, these individuals are striking out, at least in part, against the woman or girl precisely for getting pregnant. The fact that he was responsible for getting her pregnant is besides the point. The violence directed towards her through this perverse macho behaviour is designed to control the victim. As if this is not bad enough, there is the additional dimension of injuring or killing the unborn.
The unborn, at least for some of the perpetrators, appears to be a threat, something that once born, the perpetrator cannot control. Setting aside potential claims relating to support and caring responsibilities the bringing into the world of the child represents an indelible reminder of the past. From the literature it appears that for some the desire to extinguish this legacy can range from a hope right through to an obsession. Surely, if what is occurring is an attack on the mother-to-be and the unborn, those separate offences should be acknowledged and prosecuted accordingly.
The unborn, who are often not accidentally impacted by acts of family violence, but rather the intended targets of perpetrators, deserve to be seen and treated as victims in their own right. It is time for the voiceless to be spoken for. They too are often harmed, even killed, by aggressive and violent acts. It is about time our laws recognised this and made perpetrators fully accountable for their actions.
The mere suggestion that we should have a criminal offence termed “child destruction” or “killing an unborn child” will make some people bristle. Those who propose such a law will be accused of having a hidden agenda. It is assumed that they are being deceptive and acting in bad faith. Any number of denials will not make a scrap of difference.
The fact remains that the unborn who are deliberately being targeted by an aggressor and harmed or killed deserve justice. If they could speak for themselves, that is exactly what they would say; and who of us would stand before them and reject their claim? The voiceless need our voice and it is up to all of us to find it for them.
Greg Donnelly is a Member of the Legislative Council of the Parliament of New South Wales, Australia.

Dear Readers: The team at MercatorNet wish you and your families a very happy Christmas and New Year. Thank you for staying with us on the journey to becoming one of the internet’s most addictive websites. And a special thanks to all those who have donated recently.
We are closing up shop for a while, until January 9. For now, we hope you enjoy today’s varied Christmas menu – and take Joseph Bottum’s advice for the feast ahead:
Break out into song, if you can. Break out into sentimentality, if you can stand it. Break out into extravagance and vulgarity and the gimcrack Christmas doodads and the branches breaking under the weight of their ornaments. Break out into charity and goodwill. But however you do it, just break out. What other response could we have to the joyous news of the Nativity that God has broken in, smashing the ordinary world by descending in the flesh?