Why French women are quitting the pill |MercatorNet|November 15, 2017|MercatorNet |

Sabrina Debusquat discussing her book on French radio station Europe 1
Increasingly women in France (my homeland) are dropping the contraceptive pill and avoiding hormonal contraceptives in general. In a HuffPost article, independent journalist and French public radio host Sabrina Debusquat explains  that she conducted a survey of 3,616 French women who had taken the pill and found out why 91 percent had stopped at least one time.
After she published the results, the media and medical professionals responded by calling women’s reluctance a “defiance” toward the pill, suggesting that women are misled, mistaken, and guided by fear rather than reason. “When we ask them, we realize that the reality is very different,” writes Ms. Debusquat.
Here are women’s main reasons for dropping the pill, as she reports them. 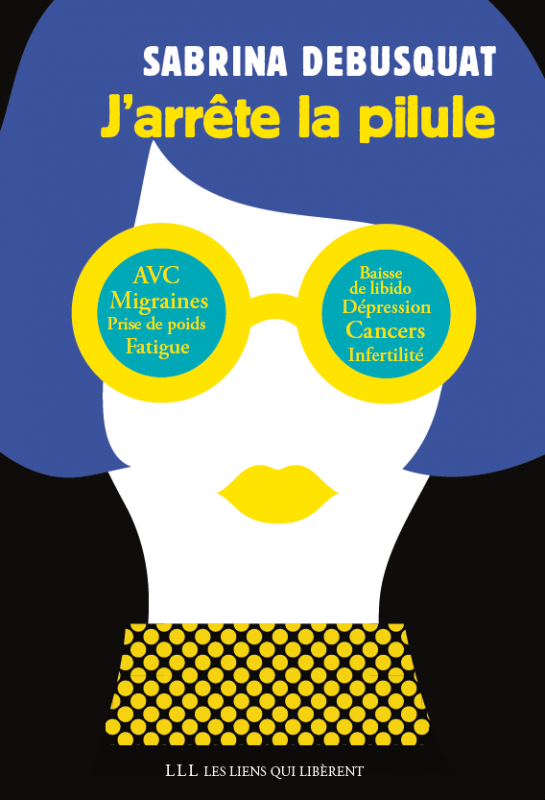 ‘Because of minor but problematic side-effects’
The top reason why women quit the pill is “side effects that are [considered] benign but problematic.” Among the respondents of the survey, 70 percent reported they experienced side effects and the full report reveals how serious and endemic these problems are: 69.6 percent reported a loss of libido, 53.6 percent weight gain, 51.9 percent mood disorders (blues, depression, irritability), 36 percent migraines, 34.2 percent vaginal dryness.
These are typical side-effects that doctors will try to correct by changing a prescription, but tend to consider a minor and acceptable part of being on contraceptives. French women are no longer OK with that. Ms Debusquat calls modern women the “no-pill generation” and writes, “they consider that beyond the risks of cancer or blood clots, experiencing reduced libido, migraines, repetitive vaginal infections and any pain that spoils a good part of their lives is not ‘benign’.”
‘Because it’s better for my health’
Women are aware that it is not neutral to take a medication. The side-effects are signs that the pill is not just blocking a mechanical process within their body (stopping ovulation, changing the cervical mucus or preventing the implantation of an embryo in the uterus). They realize it is affecting their bodies more generally.
Since 2013, France has become better aware of the risks of blood clots after a high profile report of the number of accidents caused by the third and fourth generation contraceptive pills appeared in the national newspaper Le Monde. Among the women surveyed by Debusquat, 6.9 percent had experienced a serious health problem diagnosed by a doctor and related to the pill.
‘Because I refuse to take medication or hormones if I’m healthy’
The no-pill generation “questions the principle of medicating fertility and rejects the idea that contraception must [involve] the risk of side-effects,” writes Ms. Debusquat. More and more, a woman wants to be in touch with her natural body, to respect it just as she wants to respect the environment. Taking the pill means using doses of powerful hormones to interfere with a healthy process in her body: the cycle, ovulation, and a number of good effects achieved by a healthy hormonal balance.
Other reasons given by those in the survey to stop the pill included: “to return to my natural cycles,” “because of mistrust of the pharmaceutical industry,” “because of concern for the environment,” “to be consistent with my environmentally friendly lifestyle.”
Here are a few more important facts from this study:
A substantial 71.5 percent of the respondents said they experienced positive effects from stopping the pill, such as improved libido (70%), feeling reconnected to oneself and one’s body (59.2%), fewer mood swings, depression, or unexplained anxiety (34.8%), weight loss (29.2%), more energy (25.5%).
After stopping, some women continued to experience side-effects, although it is not specified whether these side-effects were also present before taking the pill: ovarian or uterus pains, mood swings, acne, breast tenderness.  For 24 percent, these side effects lasted over a year.
It was also quite upsetting to read that 24 percent of respondents said they had gotten on the pill because their medical provider had imposed it or not offered any alternative and that when they stopped, 30 percent said that they had been discouraged from doing so, most often by a medical professional.
Ms Debusquat doesn’t promote an alternative, but she is asking for a new dialogue on the topic of family planning. She writes:

“No one speaks about the real and fundamental problems: the suffering caused by contraceptives (90 percent of which is borne by women) and the pollution generated by synthetic hormones.” She says that the bigger question is not whether women should stay on the pill, but “what can our society do to meet this new demand by women for a contraception without side-effects, not polluting and more egalitarian?”

Many of the women in the study who stopped the pill started using a copper IUD (30%), a popular alternative in France. However, 9% reported using a fertility awareness based method, most often sympto-thermal (6.2%), pointing to a remarkable new trend, which Le Monde reported already in 2014. More and more people are communicating effectively about fertility awareness to the French public – for example:  Cycles Naturel , Sympto.org , Pryska DuCoeurJoly. It’s exciting to see the growing interest in family planning approaches that answer Sabrina Debusquat’s quest for a method without side-effects, truly environmentally friendly, and most egalitarian, since it works as a partnership.
It’s very likely that women in the US and other countries experience feelings about the pill similar to those of French women. Just as the promotion of hormonal contraceptives by pharmaceutical companies is global, women’s quest for better family planning methods is becoming universal. It calls for a fair and honest recognition of fertility awareness based methods by medical authoritiesworldwide and of the imperative need to make them more accessible to all women.
A votre bonne santé!
Gerard Migeon is the founder and CEO of Natural Womanhood, a MercatorNet partner site. This article is republished, slightly edited, from the NW blog.
See also the recent MercatorNet article, Millennials are rejecting the pill


It's a bitter pill for supporters of traditional marriage, but Australia has become the last large English-speaking country to legalise same-sex marriage. About 62% of voters cast a 'Yes' vote and the participation rate was unexpectedly high. No one took the novelty of a postal plebiscite as a joke. What comes next? Read our coverage here.


By Michael Cook
A thumping majority has backed a redefinition of marriage. What happens next?

The disturbing questions raised by the fate of baby Elsie


By Caroline Farrow
Why were a gay couple preferred to a grandmother as adoptive parents?


By Gerard Migeon
Three main reasons emerge from a survey.

Is voluntary stopping of eating and drinking an ethical alternative?

The migrant crisis and Hungary’s tormented past


By Christopher Szabo
Before judging its harshness towards refugees, look into its history

The world’s leaders got younger in 2017


By Shannon Roberts
Who are they?

Is addiction a matter of choice or genetics?