How lifestyle diversity contributes to inequality

There's more than economics at play in poverty. 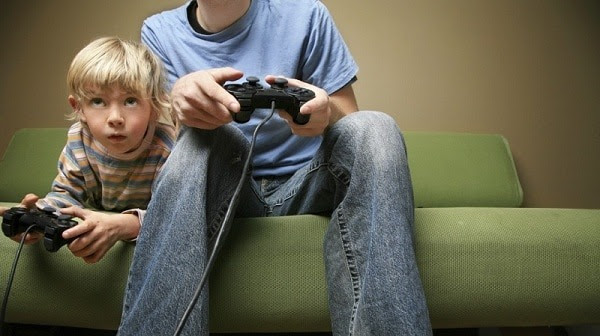 There’s been lots of discussion about inequality in recent years, but the favored analyses (e.g. Thomas Piketty’s Capital in the Twenty-First Century) maintain a narrow focus on economics. They usually shy away from a trend that likely means that inequality will continue to worsen: family lifestyles are becoming more diverse.

On one end of the spectrum, there is a high-intensity, success-oriented culture in which parents work hard and pay close attention to children’s academic prowess. This sector of society has become increasingly competitive, forming pockets that cluster in suburbs and around high-quality schools.

On the other end, scattered throughout the country, but especially in the inner city, scattered rural areas, and on Indian reservations, there are concentrations of families (often single-parent) who work part-time or not at all, in low-paying jobs, beset by high debt and tempted by opioids. Their children struggle in school and suffer poor health, and compared to their upper-income peers, they spend more time with diversions such as watching television, and less time reading and doing other educational activities. These differences have lasting effects on children’s performance at school and, eventually, in the labor market.

The troubling aspect of this situation is that both of these groups are getting larger, and problems arise in both situations. Others have written in detail about this division, most famously political scientists Robert Putnam and Charles Murray. Both are very insightful, but both also have weaknesses. In Our Kids: The American Dream in Crisis, Putnam plays down the role of cultural and lifestyle changes in rising inequality in favor of economic changes. Murray, in Coming Apart: The State of White America, 1960-2010, is better on the cultural issues, but neglects how a consumer-oriented capitalist society can erode the work ethic of some, make work an obsession for others, and also hurt civic behavior (which Putnam talked about more in his earlier book Bowling Alone).

The effect of consumerism

Examining Americans’ diverse lifestyles and how they are changing will be crucial to understanding issues such as inequality. To do this, we need to look both at production/work and consumption/leisure. Usually inequality scholars focus single-mindedly on the former, and leave out the latter, thus missing at least half of the story, which I will attempt to tell briefly here. Consumer options exploded over the course of the twentieth century, as the electronic and entertainment revolutions presented people from all walks of life with an array of new ways to spend their money and time. Television, for instance, stimulated the strongest shift in time use over the past century.

Low-income groups spend more time consuming media in general (TV, video games, music, social media, etc.) than other groups. Because of this, sometimes attempts to address inequalities backfire, as when providing lower-income families with computers actually hurt children’s test scores, since they became a distraction used most often for gaming, according to recent research. Likewise, I fear the oncoming diffusion of virtual reality technology because for many it will simply provide a more immersive (and thus habit-forming) way to waste time. Obviously, these technological innovations offer benefits, from health to jobs to personal enrichment, but they also provide easy and tempting access to online gambling, time-eating gaming, and other potential addictions such as porn.

Similarly, new consumer options in the world of finance, such as payday loans and easy mortgages, can lead lower-income people in particular into bigger financial holes or foreclosures. Interventions such as new consumer finance laws and regulations have helped address these problems; however, people also need personal help in dealing with the complexity of the financial system and in building adequate savings. Americans struggle to build wealth for retirement not only because of economic changes, but also because the cultural and consuming environments lend themselves to excess. They continually test good saving and spending habits; resisting them takes a high level of self-control.

Turning from consumption to production, the work lifestyles of Americans have also diverged. More career options are available overall, but there are fewer well-paid blue-collar jobs, which has contributed to declining work participation rates, especially among men. Yet we can’t just look at jobs from a macro perspective. We also need to understand the lives of people, many of whom find it hard to adjust to an increasingly complex work world that requires not just more technical skills, but better soft skills such as a particular interactive or communicative manner or habits of emotional control and flexibility. Employers trying to fill well-paying trade jobs go begging, partly because these positions often require clean driving and criminal records. Perhaps as a result of such factors, rather than committing themselves to unfulfilling full-time jobs, some Americans pursue other ideals, such as “leisure careers” (e.g. hobbies or sports), or the excitement of “edgework,” or stick with part-time or flexible temp work (such as Uber driving).

At the same time that some Americans spend most of their time on various leisure and consumption activities, others become “occupational devotees,” wedded to their jobs and careers, from which they get their identity and sense of meaning. The same typically well-educated, high-income adults may intensively focus on their kids’ success. They sign the kids up for enrichment activities, get them into the right schools, and overall put their kids under a great deal of pressure to succeed (think “Tiger Moms”).

All of this hard work and success, however, comes with a cost. A raft of reports describe stressed-out kids, tempted to cheat, taking medication, and dealing with depression, angst, and insomnia as they juggle advanced-placement classes and cram in extracurriculars to get into the college of their choice. In suburban areas from Boston and DC to Chicago and San Francisco, stress leading to suicide clusters has shocked parents and school officials; many are pushing schools to scale back on the homework and urging parents to rein in the pressure they put on kids.

The trend toward lifestyle diversity will only get more intense as technology and individualism increasingly give us the ability to go off in different directions (and, generally, take our kids along with us). Some Americans are devoted to their careers and accumulating wealth, with others focusing more on families, leisure, traveling, or other pursuits. This is not always bad, of course, as when “downshifters” give up on stressful high-octane careers to live more simply and focus more on family or charitable activities. Still others have few options, being stuck in poverty with few prospects to get out.

Political and economic forces get the bulk of attention from scholars and commentators, but for those hoping to reduce inequality, the bigger challenge will come from lifestyle changes that cannot be controlled easily by public policy.

Michael Jindra is an anthropologist at the University of Notre Dame and is writing a book on the relationship between diversity and inequality. This article is republished with permission from the Institute for Family Studies. Read the original article.
- See more at: http://www.mercatornet.com/articles/view/how-lifestyle-diversity-contributes-to-inequality/17833#sthash.RAJ5NGMr.dpuf

This morning a man in a van delivered a package to my door; this time next year my internet order might arrive by drone. If you find this difficult to imagine, read Karl Stephan’s account of what is happening on the unmanned flying objects front. It certainly is one way to reduce road traffic madness, although when the likes of Amazon and Wal-Mart get going, the space above our heads could become quite menacing.
However, drones seem innocent and even tame beside another technological trend – the bodyhacking that Heather Zeiger describes. They may be just a weird little group so far – numbering hundreds rather than thousands, to judge by a recent conference – but the fact that there is anyone at all implanting things like lightbulbs or cameras in their body is disturbing.
Putting a pacemaker into someone’s heart to keep them alive is assisting a natural function; but sticking bits of hardware into the body to make it do things it was never meant to do is an offence against nature and a form of madness, in my opinion. Then again, if a surgeon is praised for reshaping a male body into a female look-alike, why should we look askance at a “grinder”? Evidently, it's all about identity.