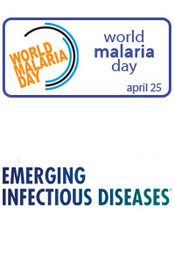 The massive scale-up of malaria efforts from 2000–2013 saved 4.2 million lives and decreased the number of malaria deaths worldwide by 47% and by 54% in Africa, according to the World Malaria Report 2014. However, malaria killed an estimated 584,000 in 2013, mainly children under five years of age in sub-Saharan Africa. The ever-evolving challenges of drug and insecticide resistance and changes in the malaria landscape require new interventions, new leadership, and new science. CDC, along with WHO and other global partners is committed to developing and evaluating innovative tools, thus contributing to consolidating the gains made in the last decade, continuing to save lives, and securing a malaria-free future for more people than ever before.


The conclusions, findings, and opinions expressed by authors contributing to this journal do not necessarily reflect the official position of the U.S. Department of Health and Human Services, the Public Health Service, the Centers for Disease Control and Prevention, or the authors' affiliated institutions. Use of trade names is for identification only and does not imply endorsement by any of the groups named above.
World Malaria Day - Emerging Infectious Disease journal - CDC
Publicado por salud equitativa en 3:51